A dark and seductive vortex swirling around an inextinguishable light!

Seattle eclecticists Eye Of Nix‚ third album Ligeia, a dark and seductive vortex swirling around an inextinguishable light, dragging listeners up and down through peaks and valleys of cacophonous noise and euphoric melody …

Formed in Seattle in 2012, EYE OF NIX has released two albums and a demo EP to date. The band’s creative intent is to craft music that is threatening, beautiful, and harsh through mesmerizing rhythms, emotive melodies, and intense dynamics. They have shared the stage with a variety of acts including Voivod, Alcest, Jarboe, Melvins, Worm Ouroboros, Sabbath Assembly, and Eight Bells, toured in the States several times and have appeared at Northwest Terror Fest, Prophecy Fest US, Sabertooth, Thirst For Light. Since 2017, their personnel touts vocalist & guitarist Joy Von Spain, guitarist Nicholas Martinez, sound artist Masaaki Masao, bassist Zach Wise and drummer Luke LaPlante.
Recently the group joined the roster of Prophecy, leading to the re-issue of Black Somnia and much-anticipated production of a new full length release, Ligeia. Partnering with producer Michael Zech (Secrets of the Moon, The Ruins of Beverast) to record at the legendary Sound House in Seattle, the album was mastered by James Plotkin and reveals enticing artwork by Anima Nocturna. EYE OF NIX continues to push the dynamic range of their sound and depth of lyrical exploration with this eight-song opus. To support this endeavor, Joy Von Spain partnered with filmmaker Joseph Seuferling with A.N. as art director to create a video for Concealing Waters and projections for EON live appearances. Drawing from Greek myth, butoh dance and the supernatural world, the films also imbibe the natural mystery of the great Pacific Northwest.

Their sophomore LP Black Somnia (recorded by Billy Anderson) was initially released by Scry Recordings. The album centers on themes of fear, control, and anxiety while shape-shifting through a lens of blackened psychedelia and doom. The band collaborated with ritual visual artist Anima Nocturna and an international group of Butoh dance artists to create the album’s stunning artwork.
Moros, their first LP, was released in 2015 via Eugene-based imprint Belief Mower (Muscle & Marrow, Hungers). The album was recorded by Brandon Fitzsimons (Bell Witch, BlackQueen) in Seattle and mastered by Justin Weis at Trakworx in San Francisco. The record was reissued digitally with two bonus studio tracks: Blood in the Fire and Rome Burned. Michael Ray Sheets and Joy Von Spain created a short film/music video for Elysium Elusive in 2015, featuring butoh choreography by Vanessa Skantze.
“…atmospheric, ambitious melodic black metal meets thoughtful, midnight-tinted doom, stately neocrust, and ghostly vintage goth in a perfect danse macabre…” — Noisey
“Von Spain’s operatic vocal tendencies make it epic, the psychedelia embedded in it makes it hypnotic, and the blackness and sludge creates a harsh abrasiveness.” — Invisible Oranges
“Interesting samples add atmosphere and an overall uneasy sonic mood commensurate with Von Spain’s lyrical meditations on fear and discomfort. Occasional harmonized vocals and synthesizer melodies slice through the record’s gloom. The result is a mature musical journey with a surprisingly varied emotional palate.” — The Stranger
“…a heart-stopping experience, a record that combines all the shadowy forces we fear and delivers them in a moving, massive presentation. It’s not every day we get bands that truly stand on their own, but EYE OF NIX is one of them, and they’re a force with which the world might not be fully ready to contend.” — Meat Mead Metal

When poison cells conspire with age

Time press its claw to my nape

Withhold no lust for wine or skin

Run just out of grasp

Desire all flesh, any delight

Time press its claw to nape of neck

Calling me unto her breast, O heart of comfort

Holy Death, our sister nigh, her arms outstretching

Calling me unto her breast with countenance of light

The chain reaction unfolds in horror

Forgetful fire then rains down

In the aftermath, isotopes emerge, isotopes so simple

Isotopes of rage, that can’t be controlled

They form a cloud so deadly

I am bound by nothing

Unbound, this meat, this blood

Burns through fire to nothing

Are we today or tomorrow to plunge into deep water?

Salt in the wound

Hastening to water and bliss.

You swim through light

Unaware the distance from safety’s shore

All the while my hidden hungry teeth, retracted talons hold threatening intent

Your muscles soften, listless will

We are soured by liar’s way

Hidden from view, in the clutches

Stranded, in the clutches

Drawing near that distant shore

Each moment passing, an hour of trial

With parched lips, and blinded eye

She lends her garment, and broken oar

In dulcet tone, and sweet assurances

Her call is clear

No weapon drawn, no false coercion

No lure of treasure, and yet she will mislead

The game is rigged – I’m destined to fail

The path is blocked – I’m destined to fail

Rocks and words, Stone and fury 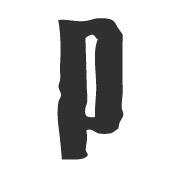